Tackling a Kitchen Closure at the Falcon Hotel 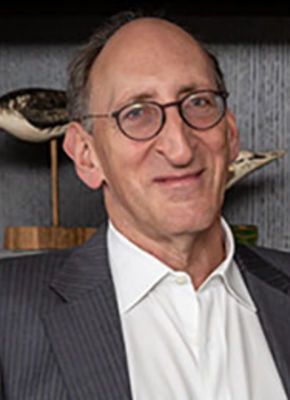 Located on the Cornwall coast of England in the picturesque port of Bude is the quaint, 32-room Falcon Hotel which includes a single three-bedroom, self-catering apartment.

To get there requires a two-hour train ride plus another hour by car from London. Similar to most other seasonal seaside resort properties, the Falcon has a short window from May through October to deliver a year's worth of profitability.

The owner of this property, Rupert Brendon, is perhaps the most unlikely innkeeper you'll ever meet! Not a hotelier by education or experience.

The Falcon was first established in 1798 and run by the Brendon Family for most of its over-two-centuries history. In 1979, following the death of his father, Rupert's family decided to sell the hotel while retaining the 10-bedroom inn attached to the hotel, which was renamed the Brendon Arms. Rupert was safely 'retired' from a 30-year stint as a CEO of a leading advertising agency, but always hankered to reacquire the hotel and reunite the two businesses, which he, his wife, Christine, and some family members achieved in April 2016.

As Rupert puts it, "I either made the biggest mistake of my life or the best deal in the history of hoteldom, as I found myself (and my family) the fifth-generation owners of a hotel and an inn on the English Riviera."

By his own admission, the property he purchased needed a hefty injection of both capital and energy. Not wasting any time, initial work focused on bringing the product up to code and safety standards. Coincidentally, new techniques were introduced to the staff who enthusiastically supported this changeover.

The Falcon's business mix is and has always been heavily weighted towards food and beverage, with both restaurants and catering bearing equal importance. Accordingly, in the early part of this year, a major investment was undertaken to renovate the kitchen. Work was completed just prior to the start of what was to be a glorious summer season.

Then disaster struck. After just six months of operation, the kitchen extraction system overheated, allowing fumes to seep into the rooms above. While a major fire was avoided, a redesign of the kitchen along with a rebuild of an entirely new extraction system was required. This necessitated a replacement of the canopy and fire-boarding of the ceiling, not to mention the additional cleaning and retesting. The entire process from forensic fire department analysis to installation and from safety checks to restart was optimistically estimated to take four to five weeks.

Rupert had lost his kitchen during peak season, though. With F&B representing 75% of the Falcon's business, offering no onsite food was not an option. It would spell both disaster for the bottom line as well as for long-term guest retention.

During the first week of this snafu, the hotel provided its overnight guests with a buffet breakfast, but no daytime or evening meals, which forced these patrons to eat offsite. The Falcon's insurance adjusters wanted the kitchen back up and running as soon as possible, though, in order to reduce its claim for business losses. As such, they suggested a temporary kitchen in a marquee.

"We had many upcoming functions booked including three local high school proms, which once cancelled may never have returned," added Rupert. During this panic, the Falcon's senior team searched and found kitchens in trailers that were originally developed and shipped overseas during the war in Bosnia. Peter Gorton (www.petergortonchef.co.uk), chef consultant to the Falcon, remarked that, "The trailer solution was made possible because the Falcon's dry goods store, walk-in fridge/freezer and a small prep area were all intact and still usable."

Two days after delivery, the Falcon's F&B was operational with till register orders being printed in the kitchen. Head Chef Aaron Vanstone chimed in that, "With a kitchen half the size, we had to pare back the menu and eliminate items that were too time consuming to prepare".

With an estimated downturn in F&B revenues of only 25%-35%, the sales from reduced menu still more than compensate for the rental fee of nearly £300 per day.

"While less than perfect, it's impressive to see how fast we adapted," Rupert added. "We believe the costs of the mobile kitchen are fully covered by our loss of earnings insurance. A case of Murphy's Law, I guess, as we had just launched our new upscale brasserie-style menu two days earlier."

While it's still too early to say for certain what the long-term impact will be, most comments from the guests have been thoroughly positive as the hotel has gone out of its way to ensure that their experience isn't compromised. One of the only issues has been that the Falcon had to place the mobile kitchen near the front entrance and not completely out of sight so that it could stay relatively close to all the other F&B operations for proper food preparation. 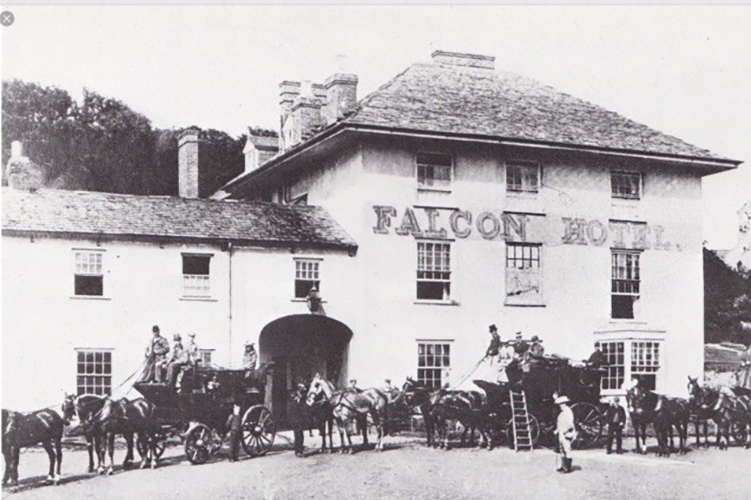 At one point, Rupert was considering a second mobile kitchen, but the hotel lacked the space to park a second one out front, lest guests be unable to maneuver their cars, not to mention the galling sight of two trailers juxtaposed against a grand countryside hotel façade.

A quick search on Google revealed numerous temporary kitchen rentals, so there is a good chance that there is a local supplier near you just in case you also find yourself in a prickly situation. But don't wait for the unthinkable to happen! Scout out what you might need, who can deliver it and how you could implement this program. You want to be prepared for any eventuality and the closure of a kitchen is definitely a crippling scenario that needs to be mapped out in advance.